On Being Buried with Bonanza’s Lorne Greene

I’m in the process of planning my funeral. Relax, I’m hopefully not checking out soon.  I’m just a control freak, especially when it comes to my travel accommodations. If I leave it to my family, I could end up back in my native Toronto. After three years in L.A., I’d prefer not to experience another Canadian winter.

Being Jewish qualifies me for admission to Hillside Memorial Park and Mortuary, the bucolic cemetery near LAX where some of Hollywood’s biggest celebrities are eternally resting. For those of you not familiar with burial lodging, Hillside is the Ritz Carlton of cemeteries. It has well-manicured lawns and soothing waterfalls, and they don’t allow those depressing headstones, so it doesn’t feel like a cemetery.  I want to be buried at Hillside because I don’t want to spend my eternity constantly reminded I’m surrounded by dead people.

I enter Hillside’s office and I’m taken aback by my sales rep, or family service advisor as Hillside’s funeral planners prefer to be called.  Her name is Christina and she is warm and classy with a sexy quick wit.

“What’s new in the eternity business?” I greet her. “It just goes on and on,” she says without missing a beat. I’m quite attracted to Christina, and immediately begin to wonder if Hillside has a rule prohibiting their staff from fraternizing with future tenants. The irony of falling in love with a gentile woman while planning my Orthodox burial isn’t lost on me.

Christina leads me across the lawn to the mortuary building, gives me a brief tour of the two service chapels, and then escorts me upstairs to the second-floor showroom.  I spot a simple pine casket that works just fine for me, but Christina volunteers the mid-priced one with the etched Star of David is more elegant.  Hillside is image conscious and very fashion forward— they even offer two styles of shrouds, the simple linens Orthodox Jews are buried in.  One with a collar and one without.

“Can I try on the shrouds?” I ask Christina.

“You’ll look great in both of them,” she assures me, not entirely certain whether I’m serious.

Everything at Hillside is a la carte and some of the pricing seems exorbitant, like the $750 charge to drive a casket from the mortuary less than a half mile to graveside.

“Can’t someone just call an Uber,” I ask?

Christina laughs, which I figure doesn’t happen much in her line of work. I’m tempted to ask her out, but fear the long-term consequences if she says no.

“Hey, Louis, check out the stiff on gurney 7. That’s the loser who tried picking up Chrissy when he was planning his own funeral.  Keep him in the fridge so she doesn’t see him.”

An uncle and aunt from my native Canada are buried at Hillside and Christina gives me a free ride in the cemetery Range Rover to their section of the park.  As long as you can sit up, Hillside doesn’t charge for on-site transportation. Christina excitedly shows me the plot next to my uncle and aunt is available, which also is one row below where Lorne Greene is buried.  I’m stoked.

Now perhaps you are too young to know who Lorne Greene was.  He was a famous Canadian-born actor and singer in the 60s who starred on a television show called Bonanza. Big time celebrity with an incredible voice.  Nice guy, too. Being buried in the space directly below Lorne Greene for me is akin to the excitement I imagine a millennial would have if given the chance to be buried near Beyonce or the Kardashian sisters.

I fantasize about my first night of internment.

“Psst.  Lorne, you up?  Sorry to bother you after 30 some years, but I wanted to introduce myself. My name is Eric and I’m also from Canada. My uncle and aunt over here are from Canada, too. Four Canadians move to LA and here we are all together. How weird is that, eh?

We are back in the office and Christina provides me with a laminated folder containing a breakdown of the pre-paid funeral costs. Are you kidding me? $37,500 to dress, pack, and bury me. And that doesn’t include tips, which quite frankly, I’m not too worried about.  Oh, and as Christina quickly reminds me, it’s a double occupancy plot I can share with anyone. Hey ladies, forget the wine and roses, how do you feel about a luxury burial plot?

I’m too embarrassed to tell Christina Hillside is beyond my means.  I’ve already taken two hours of her time, which under normal circumstances is an eternity to a sales person. I feel badly. In Toronto, you can join a synagogue for less than a thousand loonies ($5 USD) and and they throw in a burial plot with your membership.  Admittedly, it’s in a cemetery with depressing tombstones and where bodies freeze over half the year, but still.

Honestly, even if I had the money, I’d never pay more than $1,000 a sq. ft to reside in Culver City. $37K could cover the lease payments on the Porsche Cayenne I’ve longed dream of owning.  I could fly first class for the rest of my life. I could use the money to take Christina out for some pretty amazing dinners.

I leave Hillside feeling sad and ponder how even in death, the rich and famous keep to themselves. I accept that being buried in Toronto is my natural destiny. Dust thou are from Toronto, dust thou shall return to Toronto.

Or, so I thought.

I go home and call the Toronto cemetery down the street from my high school. Turns out, there is no room at the inn.  The rep explains in very broken English they are building an extension, but the grand opening won’t be until the fall at the very earliest.  Plots won’t go on sale until the extension is finished. Talk about having a good reason to go on living!

The universe is clearly sending a message.  Instead of planning my funeral, I should be focused on figuring out the next chapter of my life, not the final one. And maybe the next chapter could include a life with Christina. I’m still trying to muster the courage to ask her out. 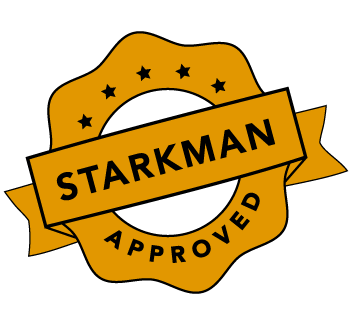 I’m a journalist and television pilot writer. I previously was president of a New York City-based PR and crisis communications firm. Earlier, I was a business reporter with major newspapers in the U.S. and Canada. I also worked as an advertising copywriter. Born and raised in Toronto, I’ve lived in London (the one famous for snowsqualls), Montreal, Boston, Detroit, New York, San Francisco, and Marin County. I post regularly on LinkedIn and can be reached at: